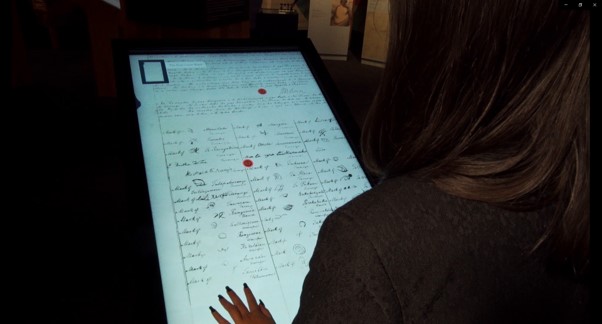 Today’s launch of the Ngati Porou treaty settlement documentary is significant for the iwi and for all New Zealanders as we further our understanding of the journey to Te Tiriti o Waitangi settlements, Bernadette Cavanagh CE Manatū Taonga Ministry for Culture and Heritage says.

“This enduring repository of knowledge allows the stories about how leaders reached settlements, to be secured and preserved for future generations.

“Te Tai provides a targeted education programme to support kura kaupapa and schools to explore the broad historical past of Treaty settlements and how this past has shaped our present and will inform our future.

“New Zealand history will be included in the school curriculum from 2022 and these valuable resources will support this kaupapa.

“Today I’d like to acknowledge TRONPnui board members for letting us engage with your staff.

“My thanks to everyone involved, in particular board chair Selwyn Parata, whose oversight and support has been at the heart of getting access to Ngāti Porou’s Treaty story, Herewini Te Koha, Chief Executive of the Runanga, and Erana Reedy of Radio Ngati Porou whose organisation worked with us to develop their story as a resource for all New Zealanders.

“Importantly today we recognise the sacrifice of Ngati Porou in the First and Second World Wars as many C Company men came from this region and the nearby C Company Memorial House opened in 2014 with seed funding from government in response to Ngati Porou Treaty negotiations.

“Te Tai Whakaea, the uplifting tide, is the name given by the late kaumatua Piri Sciascia and is a metaphor for this stage of Treaty settlements.

“As Piri Sciascia tells us: through settlements iwi have been lifted out of the trough of grievance and are about to ride on top of the surf, which allows a waka to move quicker and provides a clearer view ahead,” Bernadette Cavanagh said.

Te Tai is being developed in conjunction with the Ministry of Education, Ministry for Justice, Te Puni Kokiri and Te Taura Whiri.